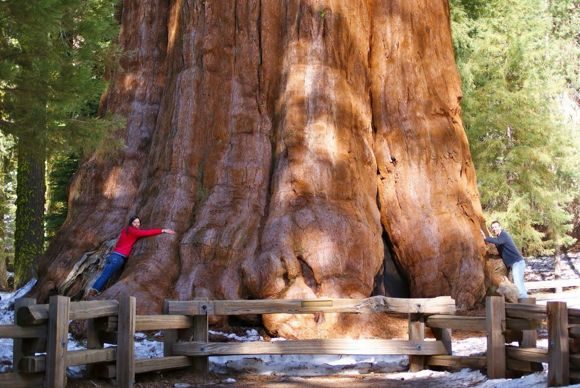 The tree “General Sherman” is the largest and heaviest living organism on our planet. However, it is neither the highest sequoia (this record belongs to the Hyperion tree, belonging to the species of sequoia evergreen), nor the highest representative of the sequoandrons (95 m high specimens are known, but they have a smaller volume). It is also known that the “Giant Crannell Creek” tree ( Crannell Creek Giant), an evergreen sequoia species grown near the city of Trinidad, cut by the city of Trinidad in the mid-1940s, had a larger volume than General Sherman 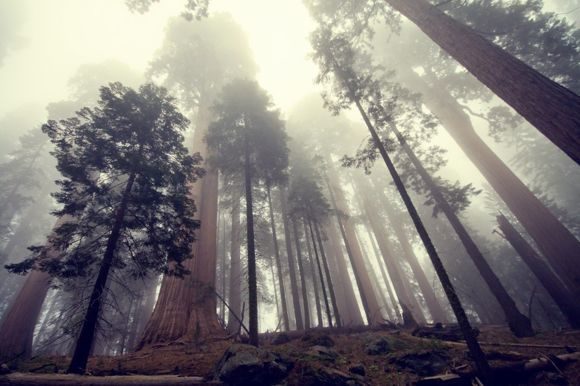 In  the  nineteenth  century, the area where the famous  tree  grows, were named  “Giant Forest” by researcher John Muir. The name of this part of the park, “Giant Forest”, remains to this day. Many tourists, the tree of General Sherman, striking in its size, describe it as a red-orange "stone", the top of which is impossible to see.

Tourists  intentionally  come to the park  aimed  to see and take picture of the General Sherman’s tree, named after the hero of the civil war, General William Sherman. Next to the sequoia they seem so fragile and small. 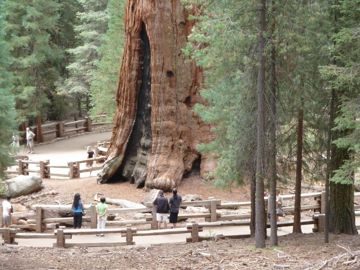 For a long time it was believed  that age of  the General Sherman’s tree  more than  three thousand years, but recent studies have determined its exact age - it is exactly two thousand years. So this is not the oldest  tree in the world.

The oldest tree in the world, a special type of California pine was 4484 when it was cut down in 1965. Sequoys, whose age reached approximately 3,000 years, were also cut down. It is believed that 5,000th trees still exist on Earth.

In  winter  of 2006, the tree of General Sherman lost part of his crown, the largest branch of the tree fell off, the diameter of which was about two meters and its length - about 30 meters. 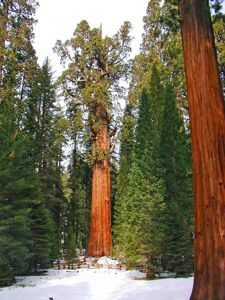 Scientists are worried, is  the tree dying? However, they came to the conclusion that this incident does not indicate any problems concerning to the condition of the tree, but can only be a natural protective mechanics  against adverse weather conditions.

When the branches fell onto the ground, the fence around tree and the road leading to it were destroyed. Even afterwards , the tree of General Sherman has not lost its status as the largest tree on the planet.

A special path leads to General Sherman’s tree, and even people with disabilities can see this miracle. At the end of the path there are brick tiles lined which show how far the roots of the tree reach. 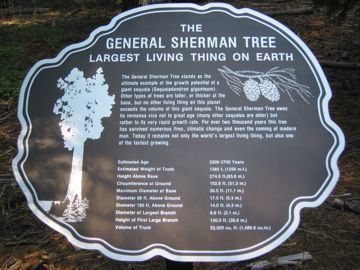 Each year, the giant's trunk diameter grows by almost 1.5 cm. The tree of General Sherman is still growing and, according to data on the website of the National Park of California, annually it adds up wood, which is enough for a five or six-room house.

One of the secrets of longevity of giant Sequoys is their thick and rough fire resistant bark. But sometimes, during frequent fires in southern California, a tree burns through. 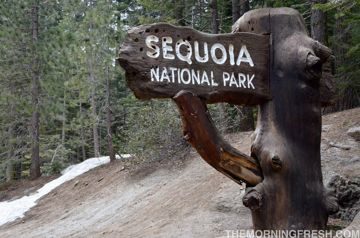 No one can tell how long a sequoia can live (and scientifically - a giant sequoandron), but researchers have met here trees whose age is estimated at 3 thousand years! (Around this period in Eurasia, humanity learned how to process copper and bronze). 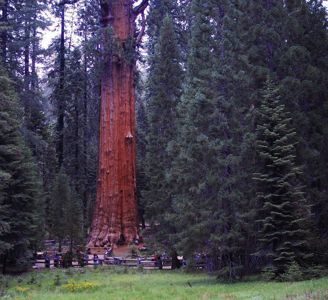 Have you ever thought about how much oxygen a tree can produce? About 120 kg per year - this will be enough for a family consisting of three or four people! 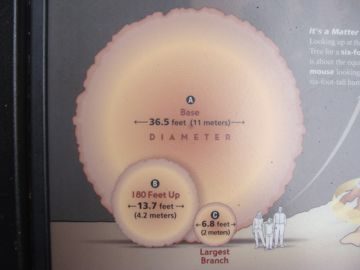 Have a question? Send us a message!
We will answer to all your question.
Создание сайта: Key Solutions